Still image from 'Apoptosis and venetoclax' animation by WEHI.TV

Venetoclax is an anti-cancer drug that was developed based on a landmark discovery made in the 1980s by WEHI scientists, that a protein called BCL-2 promoted cancer cell survival.

When too much BCL-2 protein is produced, it can make cells resistant to the signals that would normally cause them to die – an important control that regulates cell numbers and removes damaged or unwanted cell. High levels of BCL-2 in cells can lead to certain types of cancer including some forms of leukaemia.

The discovery that BCL-2 promoted cancer cell survival revealed the possibility that future medicines targeting this protein might provide a new approach to treating cancer, by forcing cells to die.

It was recognised that if a new medicine could block the effects of excess BCL-2, this would help treat many leukaemia patients. However, there are other proteins in the BCL-2 family, such as BCL-XL and BCL-W, that also help regulate cell survival. It was important that any new medicine did not affect these related proteins that were functioning properly.

The Institute’s high-throughput screening group developed an assay to screen a 100,000-strong compound library with BCL-W. This assay provided a way to test the interaction between BCL-W and one of its known binding partners, Bim. If a compound was found to prevent that interaction, it meant that the compound might interfere with the properly functioning protein.

The high-throughput screening campaign was critical in identifying compounds that interfered with BCL-W and its related family member BCL-XL. The high-throughput screen was followed by a highly productive medicinal chemistry campaign. Crucially, this deepened the understanding of how to design a new medicine that could precisely target BCL-2 without affecting the other related proteins.

This discovery offered valuable information to complement the dual Bcl-XL/ BCL-2 inhibitor ABT-737 that had been discovered by Abbott Laboratories (now AbbVie). In combination with our deep knowledge of the background biology, it helped reveal the structural features required to design a precisely targeted BCL-2 inhibitor that could be developed into a new medicine.

The collaboration between Genentech (a member of the Roche Group), the Walter and Eliza Hall Institute and AbbVie ultimately produced the BCL-2-selective drug venetoclax. The medicine targets the interaction responsible for keeping leukaemia cells alive.

Patients with certain advanced forms of leukaemia can achieve complete remission with this novel tablet treatment. Venetoclax was approved for the treatment of chronic lymphocytic leukaemia (CCL) by the United States FDA in 2016 and by the Australian Therapeutic Goods Administration in 2017.

The Institute’s partial sale of royalty rights in venetoclax led to a US$325 million deal with CPPIB Credit Europe S.à r.l., a wholly owned subsidiary of Canada Pension Plan Investment Board. A portion of this income is going towards developing the National Drug Discovery Centre to expand translation capabilities for researchers in Australia.

Discovering how to prevent healthy cells from dying

Venetoclax: towards a cure for cancer

Starting with a landmark discovery in 1988, follow the story of how Institute research has driven development of a breakthrough anti-cancer drug. 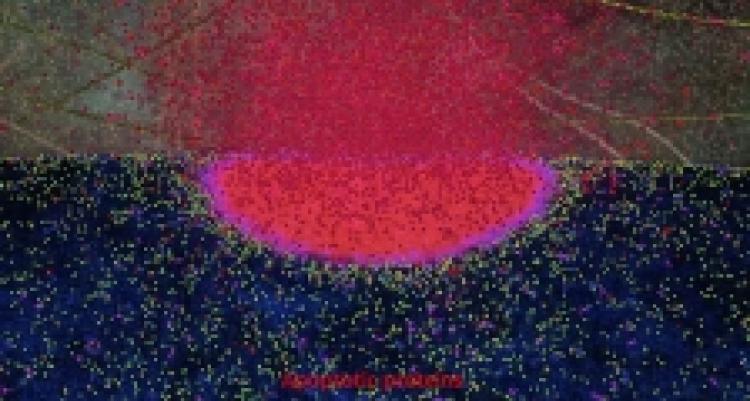 This two-part animation from WEHI.TV explains the type of programmed cell death called apoptosis, and how the anti-cancer drug venetoclax works by forcing susceptible cells into this process.